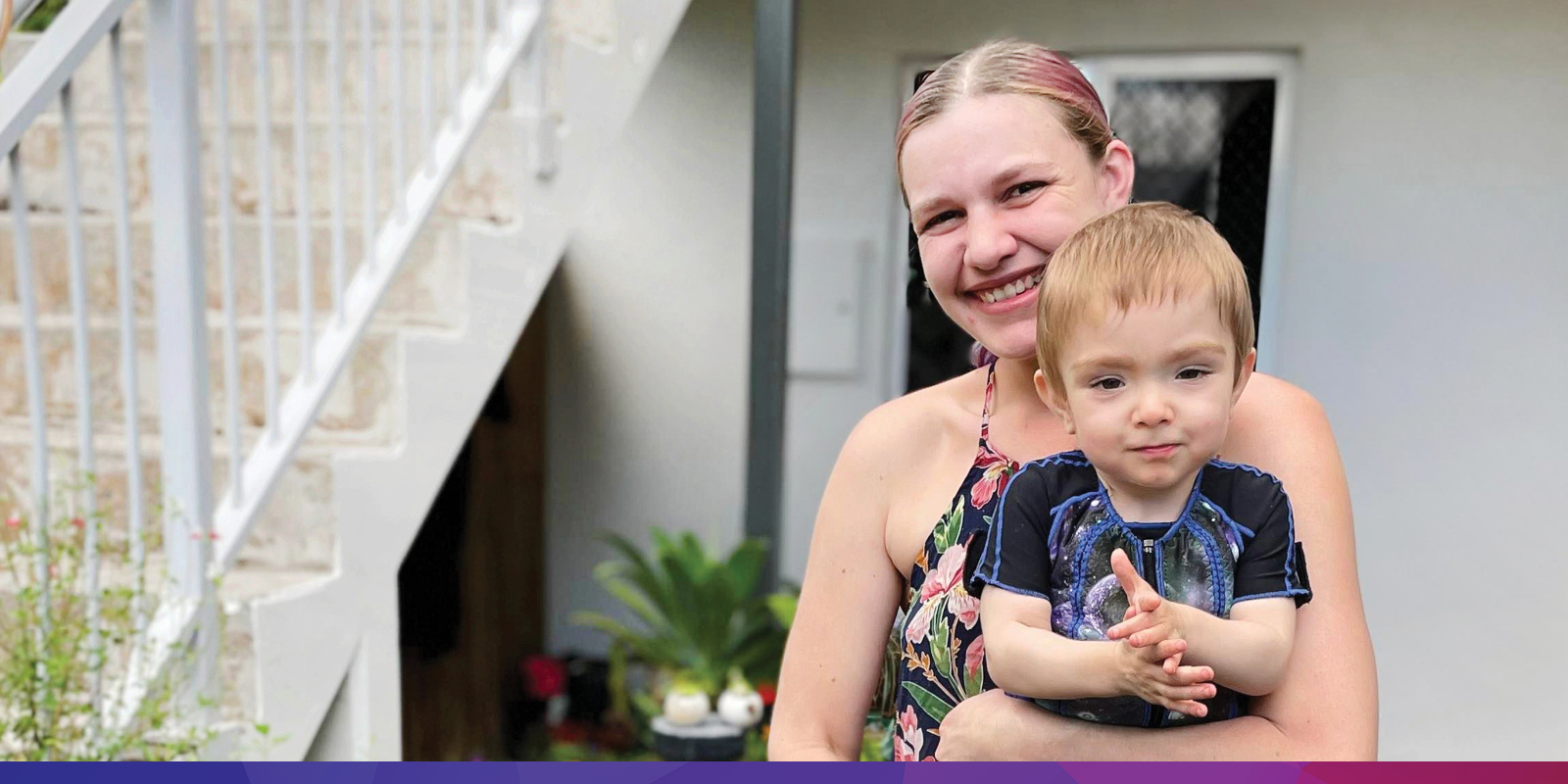 Almost two-year-old Sunshine Coast client Lucas has an incredible story. Born at only 23 weeks and 5 days gestation, Lucas was a tiny 630 grams and 21.8 centimeters – one of the smallest babies ever born at Sunshine Coast University Hospital.

“When he was born, his dad named him Lucas – it means ‘bringer of light’. He’s a bringer of light everywhere he goes. He is a miracle… Everyone that meets him just falls in love with him.” says his Mum, Ceanna.

In his first months, Lucas faced a myriad of health issues and treatments, including a Category 3 bleed on both sides of his brain, a congenital heart defect, a blood transfusion, countless blood tests, and months of having oxygen tubes taped to his face. 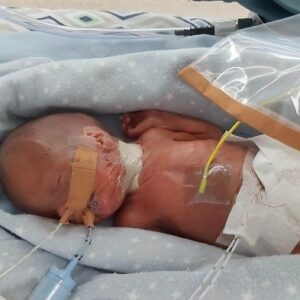 After over four months in hospital, Lucas was finally able to come home to Yandina. Ceanna faced months of high intensity care for her small son, but the young family were able to soon access the support of the NDIS and Montrose.

“Once we applied [for NDIS funding] it went through really quickly, which is good because this is the when little kids need support the most, they are growing and developing so fast.”

Montrose was recommended to Ceanna through personal experience of their NDIS Local Area Coordinator. She did her research the reviews look positive.

Lucas now receives coordinated, multi-disciplinary support from a Montrose Speech Pathologist, Occupational Therapist and Physiotherapist at the Sunshine Coast Service Centre. In early 2021, the Sunshine Coast Montrose team organised loan of a high-quality highchair and a walker for Lucas to use. 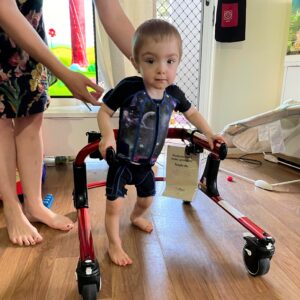 “It’s important that our clients have access to the support and equipment they need, even when it isn’t covered under their NDIS funding.” said Sunshine Coast Service Centre Manager Kate McMahon.

“It’s the support of our donors that make it possible go beyond where traditional funding allows.”

Using the highchair has facilitated improvements in Lucas’ feeding, communication and play, and he’s learning to improve his mobility with the walker.

“The improvements have been amazing, he sits much better and he’s starting to walk. Lucas is still only using a couple of words so Julia [Montrose Speech Pathologist] has created a display for his highchair. It’s been a big success so she’s going to create one for playtime too.” 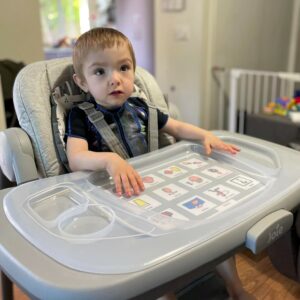 Image: Lucas using his aided language display page in his highchair from Montrose.

Ceanna says the additional support has been a great help, particularly considering all the additional expenses of having a surprise premature baby, from nursery furniture to lost work time.

Considering his tough start to life, Lucas continues to amaze those around him. Ceanna is sure her son’s future will be bright.

“He’s such a good little bub, he’s so cheeky, smart and adventurous… We’ll always support him the best we can. He is a fighter.”